How rich was the old Polish cuisine?
What did foreigners admire so much in it?
You will learn this from an unusual cookbook “Compendium Ferculorum” published in 1682. It shows how the cooking, which seems to be a prosaic activity, can become an art. It is also an evidence of ancient Polish customs. Food was served in an unusual form it wasn’t only enjoyed because of the taste but of the optic as well. Today we admire this rich and diverse variety of dishes, ingredients, spices, recipes and kitchen appliances. Above all, the pleasure that our ancestors were able to derive from everyday life in which the meals were prepared appropriately according to the best recipes, leads to great satisfaction and guarantee an unforgettable experience.
500 reprints of this unusual cookery book were produced in the Printing House in Jędrzejów whereas the leather hand bindings were made in workshops of the Artistic Publishing House in Koszalin.
The first 350 copies were numbered and signed by Kurtiak and Ley (K & L). The entire edition was made to look just like in the 17th century. The fonts were manually composed, the papers used were hand-made likewise the punching and the leather bindings.
The book contains hundreds of original recipes, additives and the secrets of traditional Polish cuisine, French cuisine and others from the 17th century. Oriental spices and fruits, oysters, turtles, snails, caviar, various kinds of meat, fish and various cakes turn out to be popular in the traditional Polish cuisine.
There are also several different secrets on how to roast a chicken in the bottle, how to cook a whole fish so that one part of it will be fried, the second one will be roast and the third one cooked. Further more, there is also another secret of the kitchen master with experience; a very good tested secret for the sick and the health despairing. 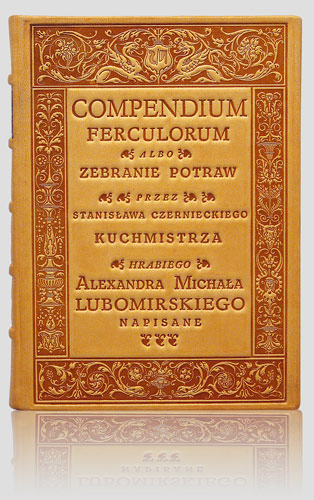 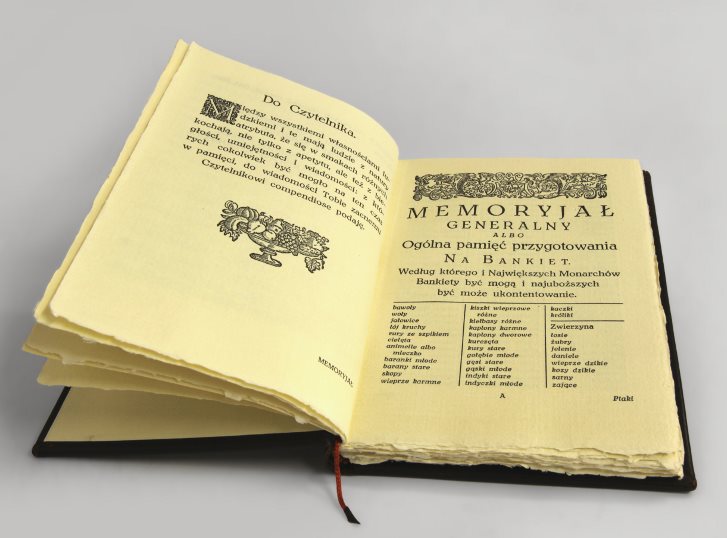