The action of Achterloo drama occurred in the night between the 12th and 13th of December 1981. This was not just a random coincidence of dates. It was in relation to the employment of martial law in Poland. Friedrich Dürrenmatt’s play had a premiere in Zurich in 1989 which was centered on martial law.
Achterloo is a convention of theater in the theater. One of the characters, playwright, Georg Büchner wrote the text of the play which was intended for theatrical therapy. The patients, however, rarely stuck to their roles and often improvised …
The extraordinary aspect of this issue is that the Achterloo is complemented by Dürrenmatt’s graphics as well as being the first translation of his drama into Polish.
The spine is partly bare, devoid of decoration with visible stitching on the strings. The military colors refer to the gloomy atmosphere of martial law in Poland. Blurry compact fonts are used on the title page, which is an allusion to popular duplicator prints which were used in those days. 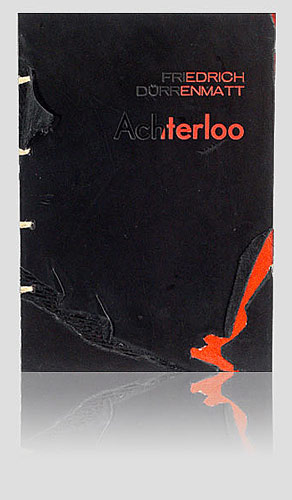 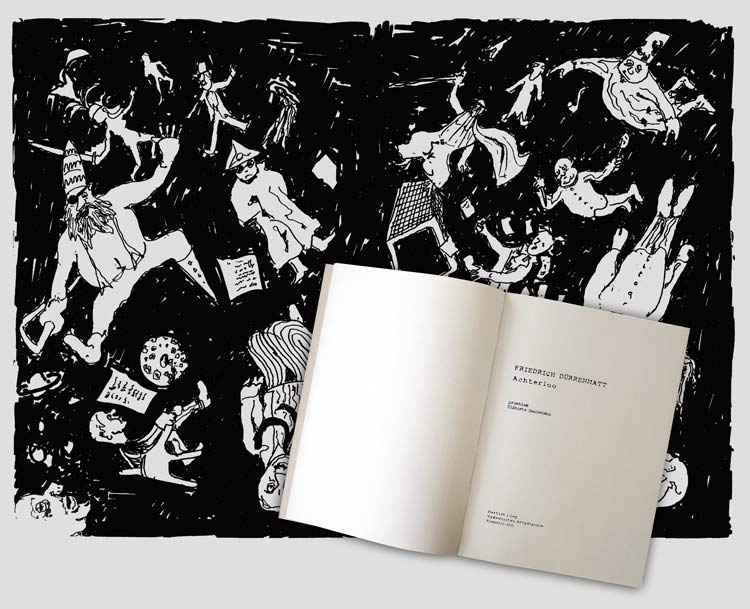