Halina Poświatowska „The Fire of the Green Moons” - Kurtiak & Ley

Halina Poswiatowska,
The Fire of the Green Moons 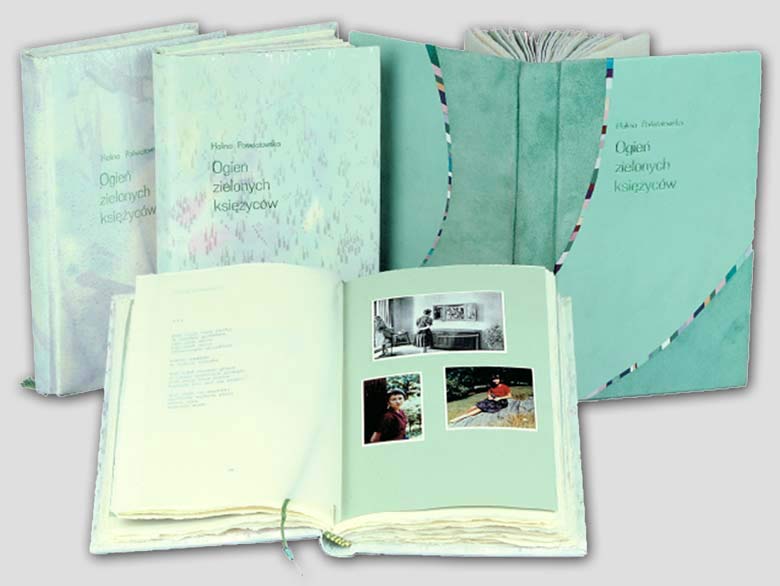 The book was printed on chamois coloured hand-made paper and illustrations were made on green coloured artistic paper. The printing typography was made in black and green. 359 copies are in circulation where the first 59 copies were hand bound uniquely in leather, whilst the rest of the issue – in natural Chinese white silk, the favourite fragrance of the poetess. The scent of 'lilies-of-the-valley’ adds to the books charm. Piotr Dybowski, admirer of Poświatowska, played a significant role in editing the book. The idea of the book is pretty unique. The volume containing the most beautiful poems by Poświatowska has been thought out as an album with keepsakes. Some photographs of the poetess taken in the sixties in America full of vivid colours surprise the reader. The reader will find facsimiles of some of her manuscripts in small romantic envelopes.

This book originated from adoration of the poetess who acquired a legendary fame during her life and this legend is very much alive to date. We are fascinated with her incredible vitality and contempt for her devastating lifelong disease as well as her magic personality and charm conquering all people around her.
In quest for an artistic way of presenting that edition, artists and philologists were asked what colour would be suitable to link the poetess with. Their ideas were orbiting around sepia and black. To us, she was associated with life vibrating red. We had also asked the same questions to her close relatives. Her mother and sister replied simultaneously – green, of course! That’s why the volume of „The Fire of the Green Moons” was issued. 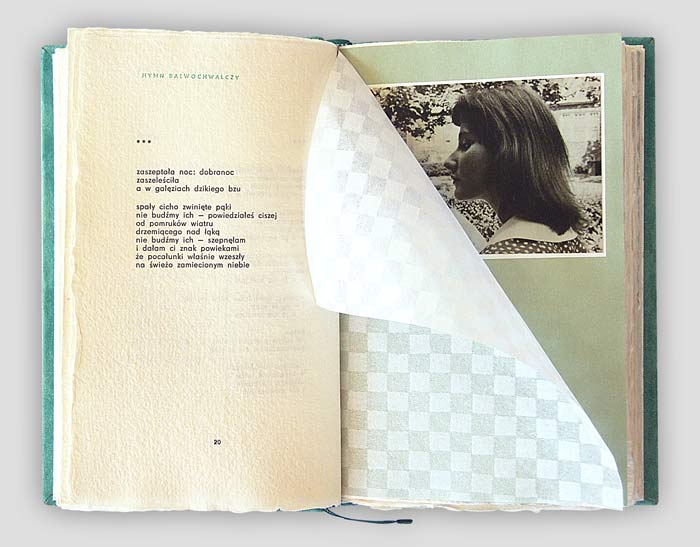