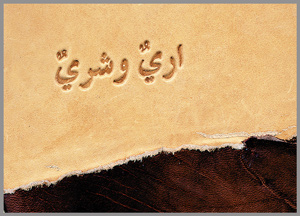 The old Arabic poetry is one of the greatest and oldest monument of the Arabic literature, which was created before Islam. It was past on from generation to generation in an oral tradition and it was first documented hundreds of years later. This collection of poems, which were created before Muhammad are exceptionally beautiful, full of sensuality and are unusually up to date in their forms. This edition, which is bilingual, consists of two separate printed books joined as one. This has an influence on the originality of the book. 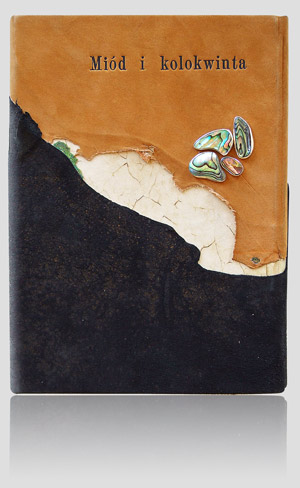 It’s an extraordinary and luxury binding using natural edges of different types of leather. It portrays the hard natural environment of the Arabic gulf from the VI to VII century. 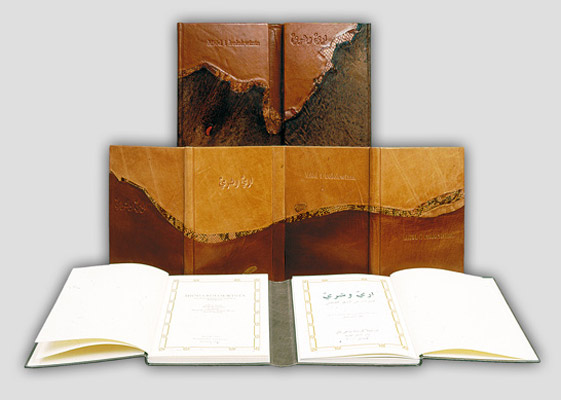