The Chinese panpipe
A sophisticated set of the most beautiful poems of more than two thousand years of collected Chinese poetry history, by Leopold Staff, has been our long time fascination. At that time Chinese literature was incomprehensible for European literary forms and extremely difficult to translate. Such a remarkable collection equally demanded an original form of book. We were inspired by a circular pattern woven red silk which we found in China.
Each of the mysterious characters designed in a circle: dragons, clouds, octopus and bats represents a symbol. Combined with a double sign of happiness placed in the middle, created a traditional ornament regarded as an amulet which brings success in love. Chinese circles placed on the silk jacquard which are full of traditional symbolism imposed the unusual shape of the book.
Czesław Miłosz was looking at our little volume with unconcealed emotion and admiration, and told us that a collection which was issued the first time before the war made a great impression on him and Leopold Staff, whom he considered a champion as well as many other poets. This persuade him to continue the poetic struggle. 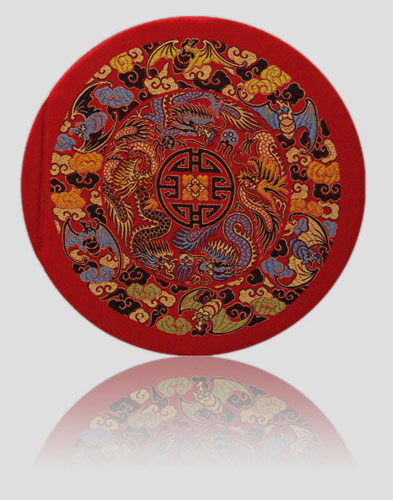 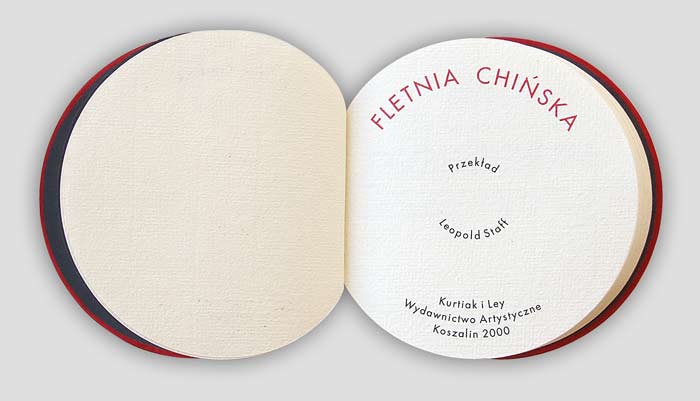 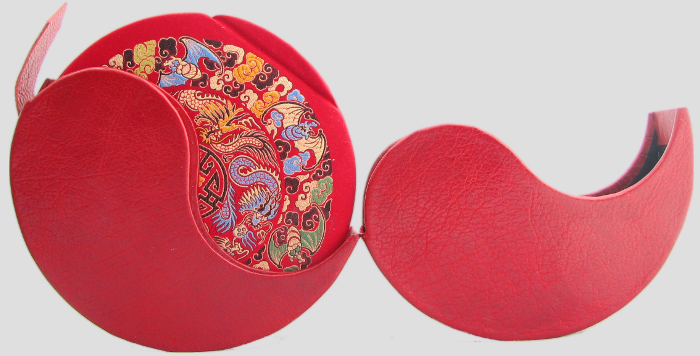